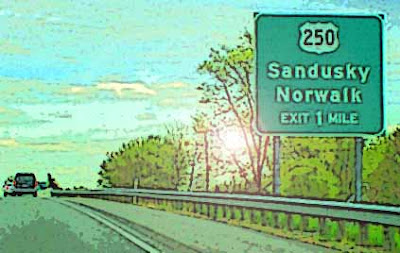 Off the Ohio Turnpike, Exit 7 onto US 250–Sandusky

The day Mother died, her liver was puffy and engorged with disease, her skin yellow and waxy, her gut aching–despite the alcohol in her bloodstream. Her mind numbed, her love for me–for anyone, actually–all withered from years of alcohol haze, years of reckless living. What was it like to die all alone while my younger half brothers watched Wile E. Coyote on TV and while Johnny Lawrence sold used Buicks in Canoga Park? What did she think as she closed her eyes for the last time?

I remember that day years ago when she died. Fifteen years. Almost a generation away.

My mother-in-law Sarah–-Doug’s mother, that is–-called me long distance. I was separated from Doug for the first time, living down in Red Lion, only no one in Sioux City knew I’d left Doug, and I’d asked his family not to tell. Why I was being so secretive, I don’t know, except that I never told my own family anything important until I absolutely had to, and my relationship with Doug hadn’t quite reached that point yet. But it would, and, yes, the shit did fly all the way from Iowa. 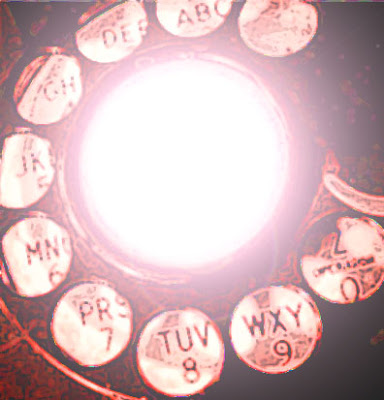 Anyway, Sarah called me up and said, “Samantha? I think I have some bad news for you.”

My first thought was that Nicole had been hurt or even killed, but Sarah was far too calm for such catastrophic news. “Well?”

“Oh.” She could have told me that the soup boiled over on the stove, and I might have gotten more worked up.

“Samantha? You hear me?”

Later, I heard that Nana had called over to Doug’s and Nicole had answered the phone. Her daddy had already left for work, and she was at home alone–

I told you I was a lousy mother.

–And when Nana asked Nik where I was so early in the morning, she lied, saying I was out grocery shopping.

I’m sure Nana sniffed out the lie immediately, knowing damn well I don’t crawl out of bed at 6:00 a.m. to run for groceries, but she’s never said anything. She simply told Nikki straight out that Grandma Lawrence was dead. Of course this didn’t mean a whole lot to Nikki; she’d never seen my mother, so she took the message, and she called Sarah who called me.

What a miserable web.

Aunt Sal didn’t speak to me for a year after I refused to fly out to California for the funeral, only I didn’t even know she was mad because Sal never wrote to me anyway, so there she was, all pissed off, venting all this anger to Nana, and I’m totally in the dark. Talk about a waste.

Not going to the funeral was one of the easiest decisions of my life. Sounds cold, doesn’t it? It’s not that I didn’t love her in my own way, it’s just that–

Well. Mother chose a lousy time to do herself in: finals’ week. I was in my second year of graduate school, probably my toughest year, and I had to do well in my final exams. How could I possibly ask my professors for a break? It would have been a sham, just another excuse in a long line of excuses that students give their professors.

But that’s beside the point. If I wanted to go, I would have gone. Period.

The thing is, Mother died, her daughter refused to go to the funeral, Mother was cremated (which about killed Nana), Sal spent a year fuming, Johnny spread Mother’s ashes over Canoga Park, my half brothers were raised by their father and then a few years later, when he died of a broken spirit, by a kind neighbor lady.

I have not seen the boys since they were small, and I don’t want to now.

And what I remember most about my mother are five simple words, indelibly tattooed on my brain:

You don’t love me anymore.

In retrospect, I’m not at all surprised Mother died at an early age. Maybe self-destruction was encoded on her genes. Or maybe life just got too difficult when so many of her hard-living friends started croaking.

Monique’s death really screwed her over.

Labels: B. Part I: Journeys (Chapter 8), Chapters, Journeys, Part I