Prologue: My Other (Chapter 1) 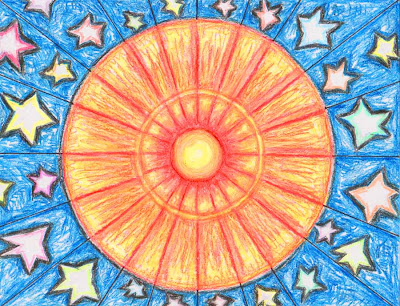 My Other
I first became aware of my fat when I was two. Yes, I think that awareness came first, that moment when a blob of fat jiggled into memory, unblocking Jungian canals of prehistory.

It was only after fat-consciousness that I became aware of me as an entity in and of itself. In an instant, I went from nothingness to a wiggling amoeba to a suddenly complete human being sitting on a horse on a merry-go-round.

My breath caught me by surprise, almost as if someone had jumped from behind and frightened me into existence.

Colors, sounds, smells, touch, and taste flooding my body. Feelings– wild and random and terrifying, like a sea of voices screaming in tongues, pushing me under.

Then, something–someone?–moving through the canals of my brain– organizing, filing, and deleting.

I wasn’t feeling dizzy as the merry-go-round spun around and my horse pumped up and down, like a wave ebbing and flowing and ebbing and flowing....Carrousel music! David Rose’s “The Stripper.” Yes, I’m quite sure of the Da-Da-Dah, DAH, Dah, Da, da!, but I couldn’t know that then. But the memory knows what it knows.

Around and around and around we went, and something comfortable, a huge pink amoeba with red hair and three chins that jiggled, laughed, leaped onto the carrousel, latched onto a pole, and hopped side-saddle onto a horned horse. The platform sagged and groaned, but, still, we kept whirling around and around, this new presence singing from the depth of its guts, its words grooving into memory, “You can’t love me, I’m big and fat,” to the carrousel music.

The amoeba climbed off the horse, and leaped from the platform, disappearing beyond.

It was almost as if the merry-go-round were stationary and the rest of the world were spinning out of control; all I could see on the outside was a spin-art menage of people, tents, balloons, vivid colors curving around and around, enfolding me.

More color! Yet that blur was confusing, my world was here, and I was not yet ready for the beyond. Someday, I would find it, my amoeba.

I barely had language, but one word was all I needed:

I remember the awe of touching my cheek and feeling something elastic there, something soft and warm, something giving way gently to my fingers, something that, in turn, mirrored my touch.

Then I noticed my legs. Again, a warm, elastic surface, but when I touched my leg, I could now see, for an instant, a white circle as the pink gave way to my finger. That is when I saw a fold in my leg, just below the thigh. It was just a curiosity, a place where I could poke my finger, a place where the skin could hold the tip of my finger captive. I liked this place, it felt real, somewhere I could hold onto without pinching and hurting, for the flat places of my new self pinched when I tried holding onto them. This fold, then, became my comfortable spot.

And then I noticed a surface unlike the pink one: my sun suit. The suit, yellow with brown and purple dots, ballooned at the belly. I patted this surface, but it was different; indifferent might be a better word, for it felt rough, flimsy, cool, and it didn’t mirror my touch–no me on me. Yet, it was obviously a part of me, and it too had folds like the ones in my leg.

This was very puzzling.

Then I noticed the horse beneath me.

What was me, anyway? When I touched the creases in its head, I recoiled: it was inelastic, cool, uncomfortable. Not me.

I began to get an inkling that when I touched some things, they were not feeling back, that some surfaces existed independently of me, and I was afraid. Then I noticed something familiar sitting in a sidecar next to my horse, its hands in its lap, my mother? She wore black. Her blunt-cut platinum hair blew stiffly in the wind.

I kept my eyes on her.

One other in an ocean of otherness.

She was now my other, an other who could stand up and walk away from me. I started to cry. She cooed something back to me, and I felt a little better, but not entirely. I still had a vague fear she could leave me on the horse, for–since I couldn’t remember getting on–I had no idea how to get off the merry-go-round.

More soothing sounds. When I was sure my other wasn’t going to leave me, I wanted to know more about this other otherness, to know why I was.

The last certainty I would ever know.
Posted by Jennifer at 12:05 AM

Labels: A. Prologue: My Other (Chapter 1), Chapters, My Other, Prologue