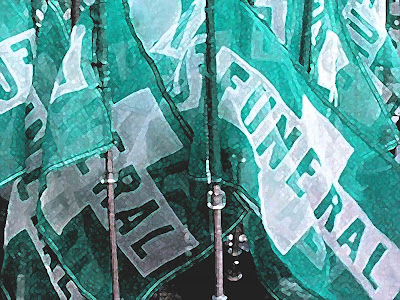 When I was 10, Nana started dragging me to viewings and funerals. I dreaded going, especially when I couldn’t figure out why I was there. I mean, like knowing the corpse would have been helpful.

It all seemed really pointless. I used to wonder if she just flipped through the obits every day to look for juicy prospects–ones that would most likely serve a major spread afterwards (I always thought in terms of food). We always did seem to eat well, my reward for paying my last respects.

Funerals were bad enough, but the viewings were the worst. You had to kneel before the body and say prayers to help speed the dearly departed’s soul to heaven. 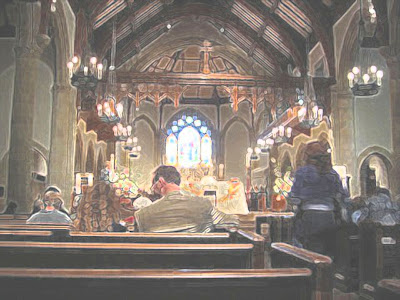 I must’ve earned an eternity of Indulgences for hundreds of withered corpses.

There was no getting out of going. After my inevitable protests, Nana would shake her head and say, “If you don’t obey, they’ll have to pay someone to go to YOUR funeral.” So I would clench my fists and allow her to lead me away to the funeral home and the church. 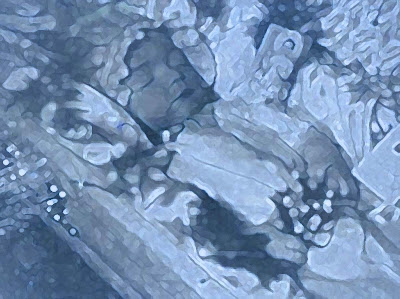 Once, we went to the viewing of a baby who had died when his umbilical cord wrapped around his neck and strangled him. He was beautiful, a perfectly formed baby. As I knelt before his small wicker coffin, I couldn’t believe he was really dead–maybe he was just asleep; I reached out and touched his hand.

It wasn’t the coldness that struck me so hard, but the absence of energy– the lack of life force running through his veins. 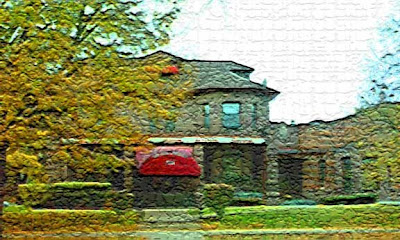 I jumped up and ran out of the funeral home, Nana running close behind me to drag me back. I don’t remember anything else about that funeral.

Getting dragged to funerals continued throughout my early to mid-teens, and then, one day, I stood up to Nana and said I was no longer going to funerals of strangers, and Pappa backed me up, so the matter dropped, and I was excused from then on.

Now I realize she was at an age when her friends were beginning to drop dead. And she always had a lot of friends. And I think she didn’t want to face her own mortality alone.

Nana recruited my cousin Ashley, 10 years my junior, to take my place beside her. As far as I know, Ashley still accompanies Nana to funerals. 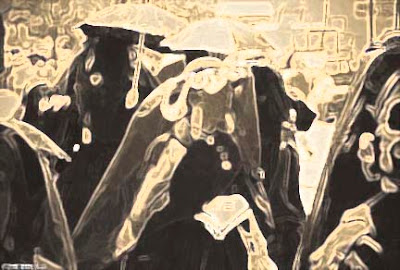 I know that when Nana dies–any time now–I’ll look around the funeral home for all the strange children who are offering up their Indulgences for the withered woman in the casket. They had just better be there, or I’ll grab them off the street.

I’ll even pay them.

Labels: B. Part I: Journeys (Chapter 13), Chapters, Journeys, Part I