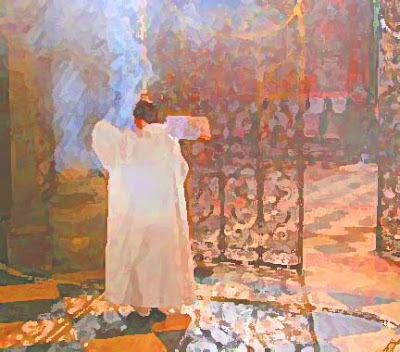 Westbound on I-80–Council Bluffs, IA
At 14, my cousin Danny decided to become a priest.

“Don’t tell anyone,” he said when he first told me about his vocation.
It seems he was always swearing me to secrecy about one damn thing or another.

Oh, never mind. I don’t know what I meant, I was just thinking aloud. Things just sort of happened in those days, and they never really meant anything.

I don’t want to talk about it.

So I said I wouldn’t tell a soul. I didn’t know why he chose me as his confidante–that is, until he asked me to play his altar boy.

It was the summer just before my 12th birthday. I was staying with Danny’s family that year, while Nana and Pappa took a cross-country trip.

Danny practiced his calling by saying Mass in his backyard on a make-shift altar: an old door on two sawhorses, covered with a white sheet. 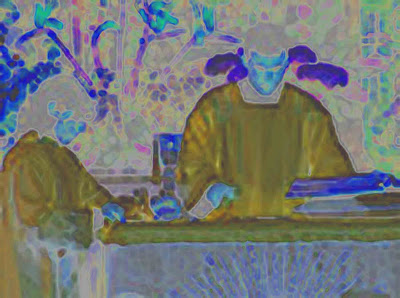 I was his altar boy. Every day, rain or shine, we would rise at dawn, sneak downstairs, set up the altar, and begin, In nomine Patris, et Filii, et Spiritus Sancti. Amen. Then Danny would say, Introibo ad altare Dei. And I would answer, Ad Deum qui laetificat juventutem meam.

I went along with all this because girls weren’t supposed to be altar boys–we weren’t even allowed behind the Communion rail, unless we were making our First Communion or helping the nuns to “tidy up” God’s space. The sanctuary was definitely off limits to girls.

One day, Aunt Gwen caught us. I thought she was going to smack us for acting so sacrilegious, but, instead, she offered to whip up some vestments and a cloth for our make-shift altar.

By summer’s end, Danny owned an Alb, a white linen inner garment; a set of Chasubles (outer vestments) in liturgical colors–white, red, purple, green, dusty rose, gold, and black; a Maniple for the left forearm; and several Stoles, long “scarves” for around the neck. For me, Aunt Gwen made a simple red Alb and a white outer smock. 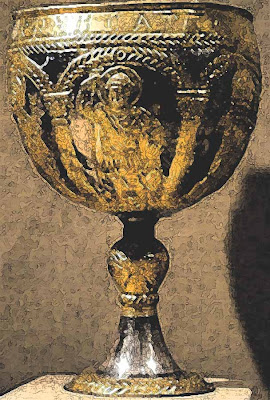 Somehow, my aunt obtained a Chalice and a real Chalice cloth. And she figured out a way to bake Communion Hosts so that we no longer had to cut them out from slices of Wonder Bread with a bottle cap.

I felt like a real altar boy. And I continued serving Mass for Danny–that is, until the weekend of President Kennedy’s funeral, the same weekend my friend P. J. Bert told me I would turn into a boy if I didn’t stop it. 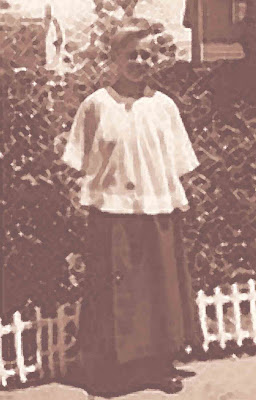 Labels: B. Part I: Journeys (Chapter 15), Chapters, Journeys, Part I