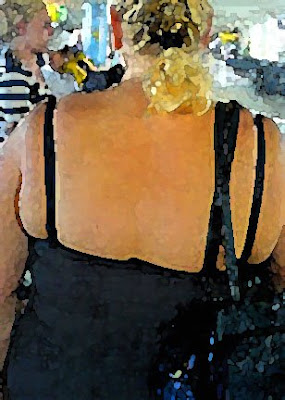 “What time is Ruby coming?” I ask Sal as she drains the sauteed ground meat on a paper towel.

I’m nervous about Ruby Platts, now Ruby Irwin, coming to the reunion, afraid that the family she has never met will drive her out of my life forever.

“Sometime this afternoon. She called from Omaha this morning.” Sal takes a slotted spoon and squishes the meat against the towel. “Said something about taking the kids to the zoo before heading up.” 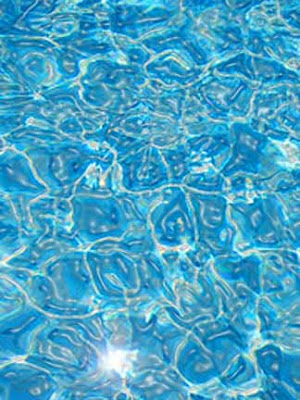 I yawn and glance at the clock above the sink: only 10:00 a.m. “Maybe I’ll go for a dip, then.” I’m still in my nightie, having just shuffled through Sal’s living room and tripped over a dented Tonka Truck, most likely an acquisition from the Goodwill.

“Well, good. Ash’s already been in. Says the water is perfect. Should be. Phil bought an old pump this year and fixed it up.” She looks me over from head to toe. “You bring a suit this year?”

I feel my face turning red. Yes, I have gained weight in the past year, but I wish Sal wouldn’t be so obvious in her scrutiny. “Yeah, I brought one,” I say, with a bit of an edge in my voice.

“No need to snap at me. Just checking to see if you wanted to borrow Katey’s old suit.”

“I’m quite capable of buying my own.”

“Well, I never know with you.”

I just can’t believe how presumptuous she can be sometimes. I just want to tell her off, say something mean about the dog shit all over the back porch, but, instead, I go into the bedroom where I throw on my basic black bathing suit and an Orioles’ tee-shirt. I sling a beach towel over my shoulder.

When I return, Sheldon is struggling through the front door with our bags, pillows, and other travel debris from the Jetta.

I don’t offer to throw on my clothes to help clean out the car. I get a certain satisfaction from watching the long-suffering Sheldon carry the weight of the world on his shoulders, especially when he so willingly assumes it and then gets pissed when I refuse to suffer along beside him.

Instead, I head straight for Aunt Sal’s swimming pool and jump in. Icy, shocking almost, at least for that first slice through the water–my moment of clarity. I feel light and buoyant in a forgiving environment–it doesn’t matter what I weigh here. 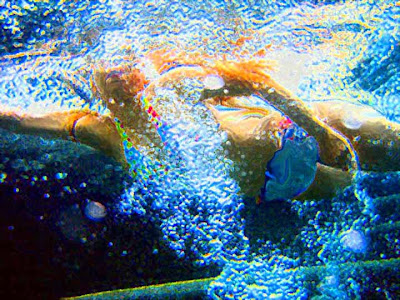 I love being alone in the pool; it becomes my personal space and gives me time to think about the reunion and Ruby’s arrival.

As I swim laps, I think about the first time I met Ruby as an adult. We had been writing since 1977, ever since Nana tracked down her address and phone number through a detective agency and forwarded them to me with orders to “call your sister and get something going here.” I had been afraid that she would just want to be left alone.

I was afraid she would reject me, just like Mother and Daddy Platts had rejected both of us. But she didn’t. She wrote back a long letter, a tentative piece of prose outlining sketchy details of her growing up years in Hot Springs, Arkansas. Years later, another letter would come, describing in specific, vivid detail what I can only imagine: that old psychopath aunt whipping my baby sister for no reason at all and calling her dirty names. I still have that letter, a letter that I’ve only read twice, once alone, and once...But I just can’t think of that right now, it’s just too hard.

Three years ago, Shel and I drove to Arkansas to visit her, Raymond, and the kids in the little rock house they were renting at the time. I’ll never forget my first glimpse of the adult Ruby: her thin silhouette–a stream of smoke coming from her cigarette–framed in the doorway of the little rock house as we pulled up in her driveway. I don’t know what I had been expecting exactly; maybe I was still looking for that lost 22-month-old child.

All I know is that when Ruby left my life, she took something important, something that really should have been saved for my Nicole.
Posted by Jennifer at 6:07 PM

Labels: B. Part I: Journeys (Chapter 22), Chapters, Journeys, Part I