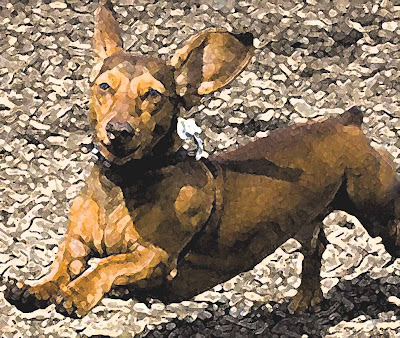 Tess wanders around Sal’s living room, observing the happy chaos: Heidi, the dachshund, and her pup, Oscar Meany, barking and chasing each other around the house; the sounds of a steel guitar twanging from the TV; the telephone ringing constantly, which Sal ignores. Stevie has discovered the Tonka Truck and runs it across the carpet: “Rrrrrr-rrrrrr-rrrrr....” 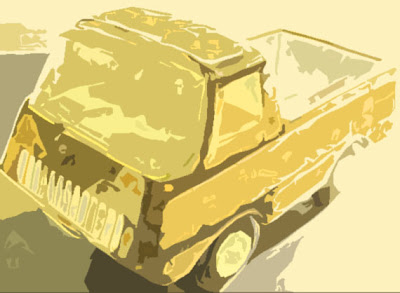 Sal, Ruby, and I sit at the kitchen table, the same pink and gray Formica table Sal bought when I was a kid, just before Phil, Jr., now 31, was born. So much has happened here; I watched all five of Sal’s kids growing up around this table. It was here I drew pictures of “Bonnie Boo”–-an old woman with spiders and snot hanging out of her nose–for Ashley and Phil, Jr., telling them stories about the creepy old woman who stole kids from their beds at night. 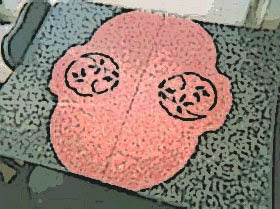 I experienced my first orgasm at this table–-I was 12 and in love with Mark Ackermann, a love that would forever remain unrequited, a love so pure that Mark never even knew he was a target of my affections. That first orgasm happened early one morning. It was still dark, and my cousins weren’t up yet, and I’d just awakened, throbbing with lust–-only I didn’t know what lust was back then–that I ran downstairs for a drink of water. When I sat down at the table to drink, it happened, that first surprise between my legs. I knew right away that I wasn’t supposed to feel so good “down there,” that I might go to Hell for it. I was so ashamed I never told anyone about it.

As a teenager, I drank beer at this table with my friends Chrissy and Kathy while watching Johnny Carson and playing Monopoly. Later, I hung out here with Sal, Phil, Shel, and Babe–Sal’s best friend who died of lung cancer last year. 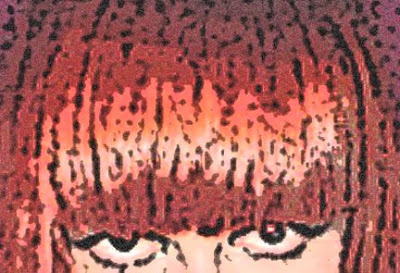 And Ruby seems out of place at this table, a stranger who has no history in this family. She, too, seems to feel the strangeness of her presence; she drums her fingers on the nicked surface. I just wish I could get inside Ruby’s head, extract the years we missed being together, distill them into my experiences. Share them with her. I wish I could tease her like a sister should, even fight and snipe like Sal and I do. And like Sal’s table is just a table to Ruby, maybe to her I’m just someone who happens to share a few genes.

Suddenly, I wish Nicole were here. I don’t care if she’s unmarried and pregnant by an old biker and living in a cult. I just want to see my daughter at this table–she spent many summers here, she even helped dig out the hole for the swimming pool–I want her to meet her Aunt Ruby. If only I could pick up the phone...But I can’t do it. And then I tell myself that this is about protecting Nana from a truth so awful that it might kill her. If only Nana were dead already, I could call my daughter and wire her the money for the next plane. Maybe she could still make it for the last part of the reunion....

Ruby continues to drum her fingers on the table; maybe she just needs a cigarette. Since Babe’s death, Sal has thrown out all her ashtrays and tacked up “No Smoking, Lungs at Work” signs in every room.

“You enjoy your swim?” Ruby asks.

“Y’all mind if I go outside for a cigarette?”

“I’ll go with you,” I say, relieved to be away from this table, from the voices that call for me here.

As Ruby pushes herself up and heads for the backyard, Sal’s mouth drops open. “My God,” she says, breathless.

I know exactly what she’s thinking: echoes of Mother, the drawl, the languor, the way the cigarette dangles from Ruby’s long, thin fingers, a body in slow motion, the sexy hip thrust. Mother without the baggage.

“Genes are a funny thing. I could’ve almost sworn...” Sal shakes her head. “God, if only Dad was here, he’d never believe it. You know, your mama was his favorite.”

I had always thought I was Pappa’s favorite. 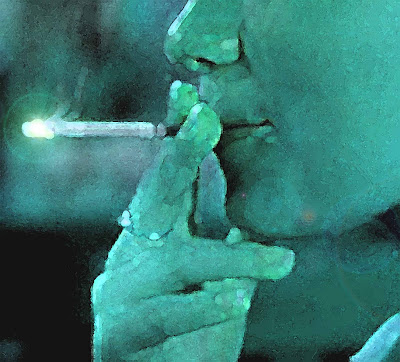 Labels: B. Part I: Journeys (Chapter 26), Chapters, Journeys, Part I