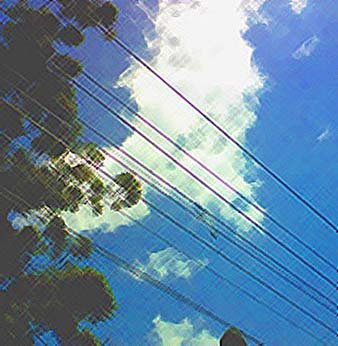 “When I die,” Aunt Sal says, “I want something important for my obituary.” She looks up, her eyes following the electrical lines which run directly over the swimming pool in her backyard. 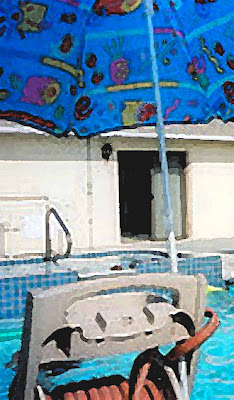 I used to dream about those wires crashing down while I swam laps, and for a while, I refused to swim in Sal’s pool. But, now, I figure that I’m more likely to pick up an exotic disease there than have an electrified wire snap apart and fry me to death. Sometimes, you just have to narrow your fears down to a few major ones. Otherwise, life gets too damned complicated. I’ve got my fears narrowed down to the big three: flying, chiropractors, and Sheldon catching me in bed with Ian.

“That’s why I decided to join the Board of Eminent Domain. That’ll look good in my obituary when the time comes.”

“Well, what d’y’ll do on this board?” Ruby asks, taking a drag on the ever-lit cigarette. 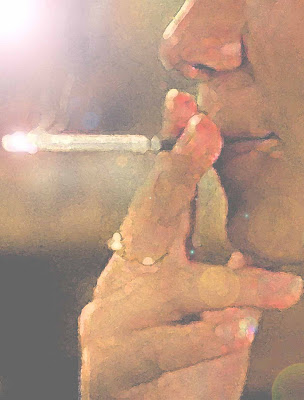 Sal shrugs. “I don’t know. I was just appointed. My first meeting’s next week.”

“They condemn your property,” I say, “And then they snatch it from you for a song for government purposes.”

“That’s the general idea, your reason for being, Sally-baby.”

Ruby leans her head back and closes her eyes. “Hardly seems fair government officials coming in willy-nilly and taking your land.”

“Well, all I can say, I’m gonna be a watch dog. See that no one gets ripped off.”

“Well, at least they built something fun, not just another old road!”

“Long story. Indian tribe claimed some land and a lake out by the airport.” I tell her about the casino and theme park. 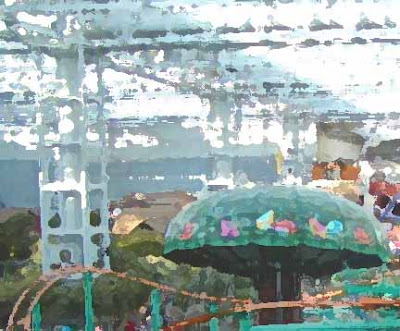 “Oh. Isn’t that where we’re going for the reunion?”

“That’s it,” Sal says, rubbing her hands together. “Maybe we can get in a little slot action.”

“I don’t gamble,” Ruby says. “Might as well throw money into the gutter.”

Sal and I just look at each other.

A person with Mallory blood who doesn’t gamble?

An awkward silence. What can the three of us possibly talk about? I could always rib Sal about something, but I don’t really want her getting started on the weight thing, not with Ruby around.

“Well, it sure does sound like important work, this Eminent Domain stuff,” Ruby finally says.

“They always leave out the really interesting stuff,” I say.

“Well, you know. Like old Charlie Simms having three wives at one time.”

“But it’s interesting. God, can you imagine opening up the paper every day, just knowing that something juicy’s going to be printed, like when they dug up old Mrs. MacIntrye’s dead baby in the basement? Fifty-five-year-old corpse. Remember that?”

“Ma was beside herself,” Sal says. “She still thinks the old bag should have gone straight to jail for murder.”

“Except that Mrs. MacIntyre was in a coma, hooked up to a respirator.”

Sal gives me the look. “Don’t get Ma started on that today.”

“Not a chance. I’ve got better things to do.”

“The point is, when she died, there was nothing in her obituary about the dead baby. It was all very dry. She was born, she married, she had a surviving son, the husband died, was a homemaker for 65 years, blah, blah, blah. Not even a mention of a baby that died.”

“I think it all sounds like a good idea,” Ruby says. “I mean, why not lay out the bad with the good stuff? Show life like it is.”

“Because you gotta show respect for the survivors. Their last memories should be good ones. Say, I’m working hard on getting together an outstanding obituary. I’ll kill anyone who farts with it.”

Ruby and I snicker.

I rub my hands together. “I can see it now: 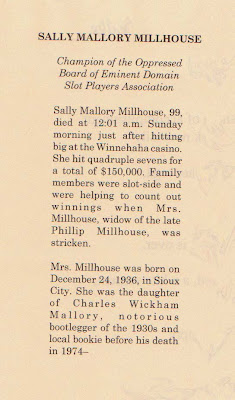 Champion of the Oppressed
Board of Eminent Domain
Slot Players Association

Sally Mallory Millhouse, 99, died at 12:01 a.m. Sunday morning just after hitting big at the Winnehaha casino. She hit quadruple sevens for a total of $150,000. Family members were slot-side and were helping to count out winnings when Mrs. Millhouse, widow of the late Phillip Millhouse, was stricken. 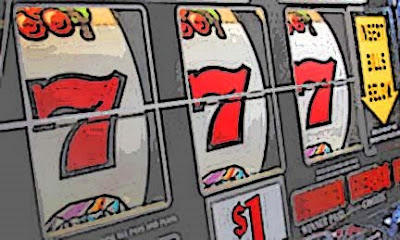 Mrs. Millhouse was born on December 24, 1936, in Sioux City. She was the daughter of Charles Wickham Mallory, notorious bootlegger of the 1930s and local bookie before his death in 1974–”

Sal jumps up from her chair. “Where’d you hear that?”

“Lots of bootleggers where I come from,” Ruby adds.

“Well, I want it out–NOW! I don’t want my kids knowin’ about all that old stuff.”

“I used to go with Pappa when he collected his bets.”

“So what. I tended bar when I was 10. Look, Samantha, long after you go back to Pennsylvania, I have to live here. Dad’s shenanigans might be cute to you, but I have to live with ‘em. So, cut it out.”

“Forget it, Sam. Save it for your psychedelic wake. I’ll write my own obituary.”
Posted by Jennifer at 6:35 PM

Labels: B. Part I: Journeys (Chapter 28), Chapters, Journeys, Part I