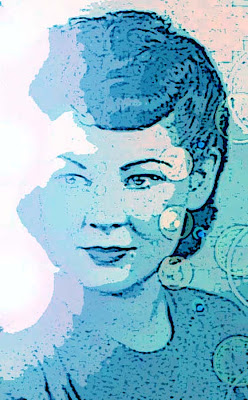 I don’t understand why you won’t come to the funeral. She’s your mother, and you should want to pay your last respects. I’ll even pay for your airplane fare, just tell your professors why you won’t be in school. No one’s going to flunk you for going to your own mother’s funeral. Can’t you take your finals during summer vacation?

I just don’t understand you, Samantha. Even if you don’t see her as your mother, she’s still your sister, and you love all your sisters, don’t you?

I know California’s a long way from Pennsylvania, but haven’t you heard of that new invention called the jet airplane? If you don’t come, it’ll break Johnny’s heart. He loved your mother so much, and she treated him so mean. And now she’s dead....

Poor Johnny cries all the time, and he asks about you. Says he has something important to tell you. I can’t imagine what, though. You really should put all that old bitterness behind and get your head on straight. Stop acting like the spoiled brat that you are.

And don’t you want to see your little brothers? Johnny junior’s 15 now, doin’ real good in the group home, and Georgie’s 13. Plays football at his junior high. Tsk, Tsk. They grow up so fast, I just can’t believe how big they are now.

You know, Sal’s upset with you. She thinks you’re being disrespectful to your mother, and people’ll talk if you don’t come. If you hurry, you can be here by tomorrow, and the funeral’s not until the day after.

I said I’d pay your fare. It’ll cost me a fortune, over $800, but don’t worry about the money. I’ve always managed somehow on my investments and social security. I’ll just skimp somewhere, maybe not go to Bingo for a year or not paint the trim on the house. I’ll find the money somewhere, maybe borrow it from Auntie. It’s important that you come, and if I have to tell you why, then all the college education in the world isn’t going to make you smart.

I just don’t know what I’m going to tell people. Sometimes, I wonder if you really belong to us, if the hospital didn’t give your mother the wrong baby. I’ve heard of such things. If you didn’t look so much like your mother...

I don’t understand why she had to die so young. Tsk, tsk, 48 years old. Why her liver gave up like it did. Just look at your Uncle Freddie. He drinks like a fish, always has, and he hasn’t got a bad liver. And he’s 75. That old fart just keeps going. Mean as hell and proud of it. Maybe your mama just wasn’t mean enough.

I still don’t understand why my Rosalyn couldn’t stop all that old drinking. Why all that booze was so important.

I tried everything to get her to stop. I really did, but there’s only so much a mother can do.... 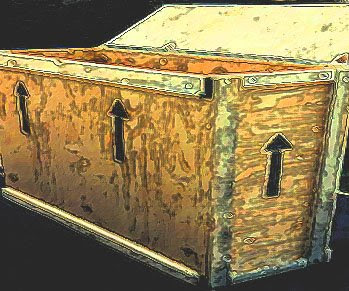 I just hope you learn a lesson from this. If you don’t start watching what you eat, you’ll die an early death, too. They’ll need a derrick to bury you. You remember old Mrs. Niles, don’t you? She’s buried in a piano case, you know. She was so big, they had to buy two burial plots for her. Can you imagine? Remember that old saying? Now what was it? Oh, yes.

“Don’t dig your grave with a fork.”

I called Dean Platts. He asked about you, wondered how you’re doing. Says he’s glad you’re going to college, that he always knew you were smart. He gave me Ruby’s phone number. You know what she said when I told her the news and offered to pay her way to the funeral? She said, “I’m really sorry, Grandma Mallory, but I didn’t know her.”
Posted by Jennifer at 6:50 PM

Labels: B. Part I: Journeys (Chapter 31), Chapters, Journeys, Part I