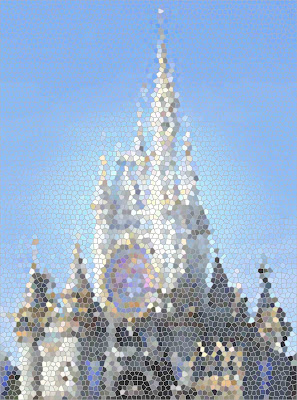 I have never felt closer to Nicole. I’m grateful to Auntie for the inheritance, not that I wanted her to die. It’s not that at all. It’s just that Auntie’s money has allowed me to take Nicole on this trip to Disney World.

It’s been SUCH a great trip! Five days in the Magic Kingdom theme park, one day at Kennedy Space Center, and one day at Marineland.

I’ve always wanted to take my daughter on a vacation like this, but money’s always been tight, with my divorce, going to school, and all. I know I haven’t always been the best mother–all that past drug use must have blown my brain chemistry. It seems as though I have lived my life backwards, and I’m sure my zigzag course has affected my relationship with Nicole in negative ways.

Though she never says much about it. These days, she seems to be preoccupied with something else, something puzzling and mysterious–-I can’t put my finger on it. Maybe it’s just a kid thing.

So when Auntie died last year, and my inheritance confirmed, I said, “Yes! I’m taking Nikki to Disney World!” She’s nearly 13 now, but looks and acts 10, and I have one last chance to make things right with her, to let her know that my split with her dad wasn’t her fault. Not anyone’s fault, really, but definitely not her fault.

It’s also a break from Sheldon and his troubles with the divorce from Molly. He needs his space right now, I need mine. Win-win for all.

Besides, I’m not at all sure about my relationship with Sheldon. Now that he’s put the divorce into motion, I’m getting this thud in my stomach, a feeling that I can’t turn back now, that I’m committed whether I want to be or not. But that’s another story.

Still, I see other guys out there and I wonder if I’m really ready to settle down with one person. 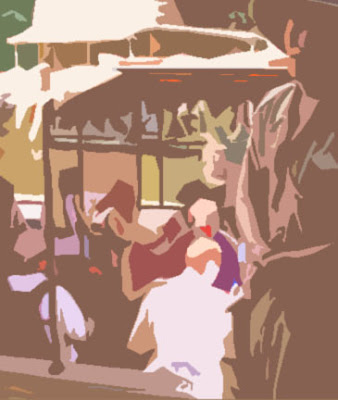 I’m feeling thin and saucy these days. I knew I was really looking good when a college guy, a guide on the Jungle Cruise, asked me out. I know I appear younger than I am because this guy wasn’t the first college kid to ask me out, but never in front of Nikki before. I was SO embarrassed because Nikki kept asking questions about what the man wanted–-I told her he was just being a jerk, that it was nothing–but I was also flattered. If Nicole hadn’t been there, I might’ve accepted, but my daughter comes first right now. Still, it was tempting...

And she’s so excited, she can barely contain herself. When I first told her about this trip, I thought she’d wet her pants.

“Mommy,” she asked. “Are we REALLY, REALLY going?”

She kept asking me this over and over as if she needed to remind me of my promise, that I might forget about the trip, cancel at the last minute. I know. I’ve let her down before, but I always had very good reasons: school, last minute projects, jobs to keep body together and roof over my head. But I could always feel her disappointment, palpable and intense. They say children are quick to forgive, but not Nicole. That girl can hold a grudge like no other person I have known. But, eventually, even she comes around, usually signaling with a hug and a slurpy kiss on the cheek.

But, I knew, short of dying, I could never cancel this trip; this event denotes a definite turning point in our lives, a line that can’t be crossed–-this is more than just a trip to Disney World.

Our entire mother-daughter relationship hinges on it. In short, if I had let her down this time, our relationship would have been kaput. I can’t let that happen.

Every time I see Nikki, my heart does a little flip; I can’t believe what a pretty child she is, with her long shiny black hair and dark brown eyes–and she’s going to be a stunning adult. Thank God she’s never inherited my problem. She’s one of those kids who’s built like bean pole, straight up and down–-though sometimes I think she’s too thin.

I think she’s going to grow tall and remain lithe. God, I hope so. 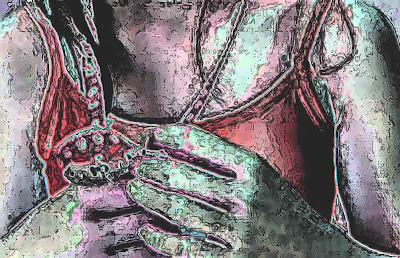 She’s all angle and bone, at least that how I’m trying to paint her. At school, on my easel rests her portrait, as of yet unfinished. I have decided that her prevailing color is red, but I still have difficulties working with red; it hurts my eyes, and I just can’t quite mix the whites and blacks with red and still achieve the depth required. Professor Carruth, my painting teacher, says I’ll get it right soon enough...

Even if I never get the painting the way I want it, it’s okay. Just so Nicole can live her life easier than I’m living mine. I don’t want her to struggle keeping her weight down, going on diets all the time or paying the consequences of being fat when dieting becomes too hard, which inevitably it does.

And having a child who’s ashamed of you when you’re fat. That’s the hardest part. It’s bad enough when strangers stare at and judge you for being fat and sloppy and lazy, but when your child averts her head in shame when your rolls of fat shake like an earthquake, it just confirms your inadequacy. 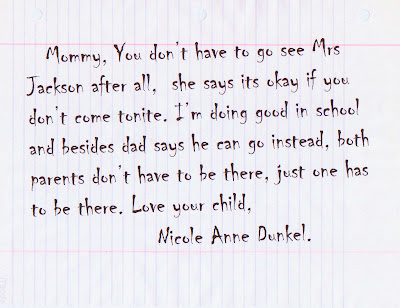 Mommy, You don’t have to go see Mrs Jackson after all, she says its okay if you don’t come tonite. I’m doing good in school and besides dad says he can go instead, both parents don’t have to be there, just one has to be there. Love your child, Nicole Anne Dunkel.

She was eight; at the time, I weighed close to 200 pounds. I could see her cringing at the sight of me pushing my bulk through the classroom door, the teacher and other kids staring at my wiggling fat.

That’s when I decided to lose the weight. It took me almost a year, but it was worth it. Now Nicole hangs on me, wants to be with me all the time, wants her friends to meet her “new” mom.

Even as I parade my new slender body, Nicole and I are still an unlikely mother/daughter combination. Unlike me, what with my pale freckled skin and red hair, Nikki’s dark complected like her father’s side of the family; she has inherited their dark brown eyes and jet hair. Sometimes I wonder how this un-Mallory-like child found her way into my womb; she’s Dunkel all the way, a soul mate to her dad.

And, yet, this trip has uncovered a surprising connection between us. Just the other night, I wanted Nicole to experience fine dining in an expensive restaurant because I don’t know when she’ll ever have the opportunity again; after all, when we leave here, we turn back into pumpkins.

I took her to a place called The Crab House–-okay, so it’s not exactly top tier in terms of fine dining, but when Big Macs tend to stretch your budget to the snapping point, a place like The Crab House might as well be the 21 Club or the Four Seasons.

We even dressed up, I in a thigh-slapping satin red number with spaghetti straps and Nicole in an aqua summer dress. 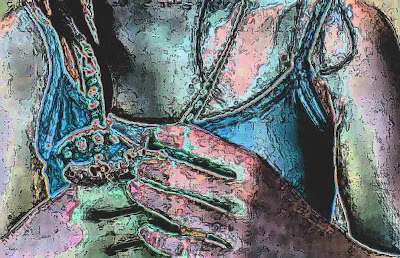 As we were seated and looking over our menus, I told her, “I’m SO lucky; I have a hot date with my beautiful daughter.”

For that one moment, I was the perfect mother, and I was going to milk the moment for all it was worth.

“The sky’s the limit. Order anything you want.”

Nicole squirmed in her chair, and played with her menu. “I’m not really that hungry tonight.”

I laughed. “What does hunger have to do with anything?”

I can hardly fathom a child issuing from my genetic pool not experiencing constant hunger. I can’t even imagine not feeling hunger; I can’t remember the last time I wasn’t hungry, unless my rare non-hunger was chemically induced with diet pills. Or, rarely, over-the-top indulgence or illness.

“Seafood is always a good choice, not too heavy.” I pointed to her menu. “What about that nice Shrimp Scampi dish?” 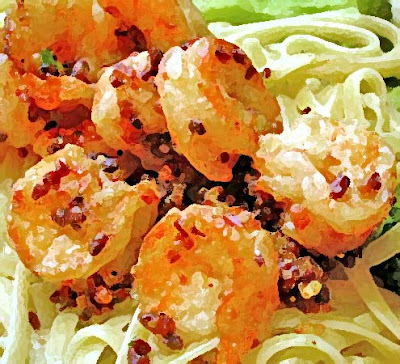 As we waited for our food, I looked over the desert menu. Chocolate-peanut Butter Pie, Key Lime Pie, Boston Creme Pie, Mississippi Mud Pie, impossibly-designed ice cream sundaes. “I hope we have room for desert.” 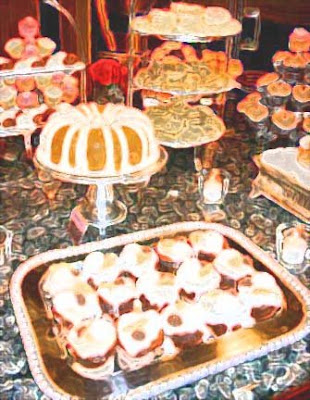 “Really, Mother,” Nicole said as she pushed a strand of black hair from her brow. “We don’t have to make pigs of ourselves.”

Like a flash, it hit me: my daughter might be naturally lithe, but it doesn’t mean that she doesn’t worry about what she eats.

Could it be she scrutinizes every bite that goes into her mouth?

The server brought our bread, some hot cheesy stuff that cranked my appetite into overdrive, and my salad. I ate both my and Nicole’s cheese bread. “I don’t eat that stuff,” Nicole said. “But I’ll take a bite of your salad.” She picked at my salad until she found a naked lettuce leaf.

When our main course finally came, I was ready to dive in. Bread never seems to satisfy my hunger; I don’t know why I continue eating it when I know it packs the pounds on my body and when it doesn’t really seem to fill me. 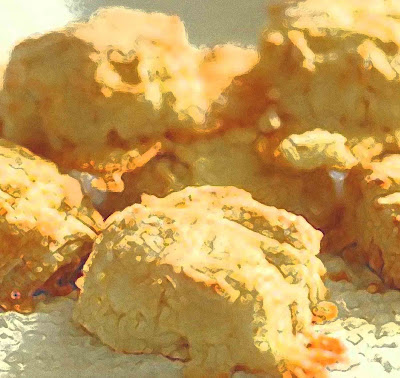 Bread draws me to the gustatory fire.

I was still so hungry that I felt gaunt, my body empty.

I noticed that Nicole picked at her food and made much of pushing it around on her plate, but she ate very little; I guess I shouldn’t have pressured her into ordering something exotic. Maybe she would’ve been happier ordering an ordinary burger or hot dog.

I felt guilty, I was thinking, Oh, baby, I’m sorry you don’t like your dinner; 10 years from now you’ll appreciate the finer points of this kind of dining.

“What will I appreciate 10 years from now?” Nicole asked.

A chill went through me; I don’t like anyone reading my mind, even my daughter. And I wished she could have enjoyed this meal more, our special time together.

I reached across the table and held her hand.

Then I polished off her leftovers. 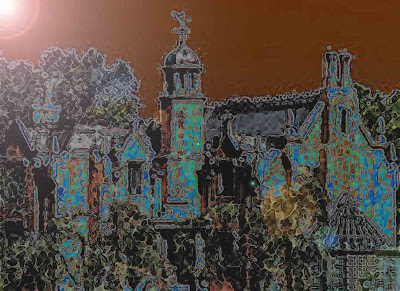 It’s our last day here at Disney World; it’s nearly 10:30 p.m., and I want to milk every minute of our time together. We’re still in the Magic Kingdom–the theme park doesn’t close until midnight, although the park is emptying out; unlike during the peak daytime hours, the lines have grown short and even non-existent. But I can tell that Nicole’s flagging, that when we finally hit our room, she’ll drop into bed like a stone. Still, I don’t want this day to end just yet.

“C’mon, Nikki! Just one more time,” I say, grabbing her hand and leading her to the Haunted House ride for the seventh time. 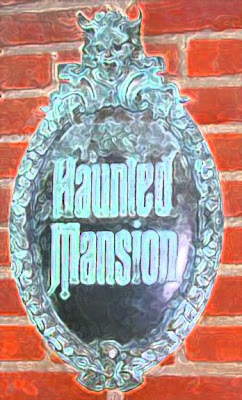 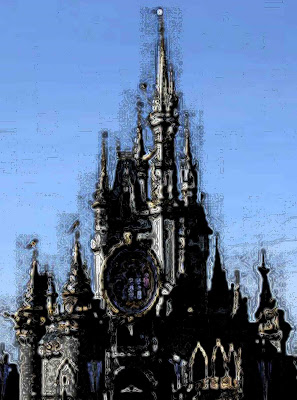 Labels: B. Part I: Journeys (Chapter 35), Chapters, Journeys, Part I