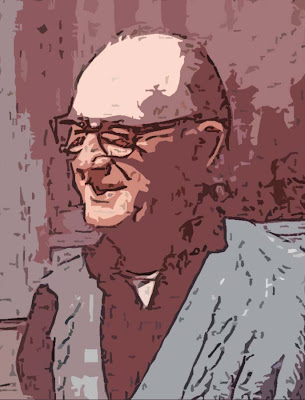 St. Patrick’s Day, the night before his funeral, Pappa comes to me in what appears to be a dream, but I know it isn’t. Dreams feel different, somehow, more surreal and symbolic, and Pappa’s visit is, well, concrete: 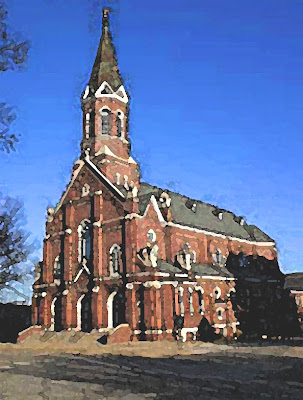 I’m walking up a large hill near St. Boniface, my old grade school. Somehow, I know this is where we have agreed to meet, it feels right to be in this place at this time. It’s a bright sunny day–looks like October, my favorite month, blue sky, scarlet and yellow leaves, not an icy day in March. I’m walking uphill when I feel him behind me. I turn around. He dashes up the hill like a young man and catches up to me.

“Not bad, Sammy Anne, this spiritual life,” he says, not even a little out of breath. He still looks the same–balding, gray hair, lined skin–but he has a spring in his step that I don’t remember. “I just couldn’t leave without saying some things to you,” he says.

“I was hoping to get to Sioux City before you, well, you know–”

“–Died. It’s okay to say it. I was ready, though I was hoping to hang around long enough to catch a few words with you. You know, you REALLY should work on that fear of flying.”

“What’s the worst that could happen?”

“The plane would crash, and I’d have to join you here forever.”

“Just fine. Nicole’s getting so big–almost four now–and Doug, well, he got laid off again, but we’re going to be okay–”

“It’s not going to last, this thing with Doug–”

“I can’t tell you any more–as it is, I might be putting in some extra Purgatory time for shooting off my mouth. But you’ve got to be prepared.”

“I’ll make it last as long as possible.”

“Yes, I know you will.” Pappa points toward the horizon. “Let’s go over there, by that wall. There’s some other things I need to talk to you about before I go.”

We are sitting on what appears to be a cloud.

“You know, when you die, things become clear, like someone lifting a black curtain from your eyes. You get smart real fast. I know things now.”

I don’t want to hear any more. Even in death, Pappa should not know the details of my life.

“I’m sorry if I didn’t understand you better.”

“I should’ve been there more–”

“That bullshit with Dan and that creepy chiropractor–”

“I always knew there was something funny about that doctor.”

“Even said something to your Nana about him, but–”

I put my hands over my ears. I want to go back to Sioux City, away from this place where there are no secrets. “STOP IT!” I break into tears.

He takes me in his arms and strokes my hair. “Okay, okay.”

“There’s just so much going on right now.”

“I understand. But don’t you know you’ll always be my little girl, and I can’t stand it when...?”

“I just can’t stand it!” He buries his head in his hands and sobs, his body shaking. I put my arms around him.

We hold each other for a long time, knowing this will be the last time we’ll ever see and touch each other. I wish we would have done it more in life.

And then I realize that even this time together grows short.

As if he has read my mind, Pappa pulls away from me and looks at his watch, a duplicate of the VFW watch I have inherited. “I think we still have some things to talk about.”

“It’s just that your Nana and me, well, we never knew the kind of kid you were. We just thought you were ordinary, maybe even a little on the stupid side–”

“We were wrong. We didn’t know what was going on in your head.” 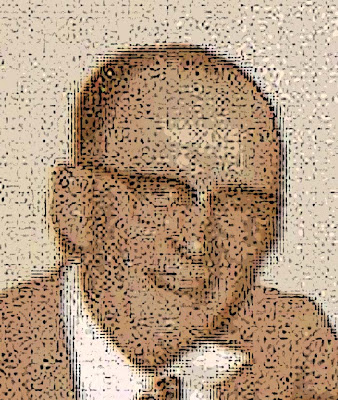 “It’s a moot point. Besides, you were what you were, and I am what I am. I just got dropped among the wrong people, that’s all. It happens.”

“How come we never took Ruby home with us?”

I might as well have taken a whip to Pappa.

He shrinks from me, turns away, and folds his arms. “You’ll have to ask your Nana that.”

It’s then that I realize that I won’t be getting the answers I need, at least not from him.

He turns around. His eyes are red.

As we walk, I notice that we are again walking the periphery of my old grade school. I try tugging at the chain link fence that surrounds the school property, but the links have no substance, and it’s like pulling at air.

“I remember walking you here that first day. Your little hand was shaking so much.”

“I was scared shitless.”

“I loved those times. You were so innocent–”

“I’m not going to pry, Samantha. I just need to tell you some things.”

“I haven’t always lived a good life,” Pappa says. “You should know this before anyone else says anything. I want you to hear it straight from me.”

My grandfather tells me about his alcoholism and how he stopped drinking back in 1935, how his bootlegging operation almost cost him his marriage to Nana, how he started the bookie business. He hints that there may have been another woman at some point in his life, but that had been long ago, even before Sal was born, and the relationship never really went anywhere.

As he tells me these things, I begin to see another man, a younger version of Pappa, a slim man with dark brown hair and a quick sense of humor evident in his blue eyes, the swain who must have swept Nana off her feet back in the early 1920s. I no longer see the old man diminished by age and illness, but just a young man with a tiny bit of the devil in him.

“I’ve no regrets, Sam. I lived my life the way I needed to live it. I never felt I did anything wrong. I just did what I had to do.”

And, suddenly, I realize what this otherworld visit is all about, why my grandfather really needed to see me one last time.

“You’re so much like me it scares me. But I was a man, and the rules were different for me.”

The anger rises up in me, not for my grandfather, really, but because I know what he says is true, that my road will be filled with obstacles, my life disapproved of by dowagers with wagging tongues.

I turn away from him. Ahead is a hole in the fence. Somehow, I know this is the way back.

I turn around. He’s so far away now that I can barely see him, but his voice resonates clearly in my head.

“You WILL sing again.”

Labels: B. Part I: Journeys (Chapter 29), Chapters, Journeys, Part I